Ten particularly innovative startups from all over Germany qualified for the “SpeedUpSecure” accelerator program for cybersecurity startups. From the beginning of February to the end of March, they benefited from a targeted training program and were accompanied by mentors from the business world. At the final event, the ten startups presented their young company and technology in a five-minute pitch to a top-class jury and an audience of experts. The three winning teams were awarded prize money totaling EUR 5,000.

Cybersecurity and privacy protection are more important today than ever. To be able to protect against new and more complex attacks, it requires forward-looking ideas and innovations. Startups play a special role in this. They have set themselves the task of strengthening the cyber security of business and society with new solutions. The innovative power of the still young companies became clear at the final pitch event of the accelerator for cybersecurity startups “SpeedUpSecure”, which took place on 23.3.2022. The pitch was made in front of a top-class jury consisting of representatives* of the companies asvin, EnBW, infodas, Lufthansa, Ottobock, SpeedInvest and Xariva Ventures as well as a major German sporting goods manufacturer.

Ten ambitious startups at the final pitch event
Each of the ten startups offers an innovative solution to the diverse, new challenges in cybersecurity. For example, securing against threats posed by the increasing digitization of households. Startup Bitahoy has developed a plug-and-play network security system to make smart homes secure and protect privacy.

Cloud is another strong trend that brings new attack scenarios. Two startups in the program are making the cloud more secure: CodeShield analyzes cloud infrastructures from the attacker’s perspective and generates concrete attack scenarios within the cloud. The startup Resility enables secure and resilient cloud infrastructures with its Mitigant solution through new approaches from research, such as the use of security chaos engineering.

Artificial intelligence techniques such as machine learning enable new approaches to cybersecurity, which the startup DeepSign knows how to use to constantly verify a user’s identity based on their mouse and keyboard usage.

Another technology trend is blockchain, but with some drawbacks that the startup PolyCrypt addresses. It stands for acceleration, scalability and simplification of blockchain usage with increased privacy protection, as well as seamless connection of different blockchain ecosystems.

Examining existing applications for vulnerabilities and quality deficiencies with new methods and fixing them is also emerging as an IT security trend. How does one proceed, for example, if the software used is not available in source code and is thus hardly human-readable? The startup Langlauf Security Automation develops solutions for this: The young team of entrepreneurs offers practical security quality assurance for both supplied and self-developed software. LocateRisk offers an approach to scan the IT security situation via the Internet, i.e. from the outside and also without additional effort by administrators of the facilities under consideration. The analysis based on the non-invasive scan shows cyber risks and the presentation of results is thereby easy to understand for everyone.

The trend for particularly high IT security is also intensifying in the current situation – here, too, specialized startups are making their contribution. With immune’s solution, companies can harden servers and PCs with an automated, AI-supported analysis of the hardware and firmware in order to operate them according to high security standards. The startup Quantum Optics Jena uses the laws of quantum physics to provide innovative solutions for quantum-secured encryption and information transmission. Using lasers and via optical fiber, secrets can be generated and transmitted.

In the field of incident response and digital forensics, analyzing computers still running at the scene of suspicion or crime and securing evidence is a major challenge for companies and law enforcement agencies. Trufflepig Forensics makes working memory analysis methods more efficient and expands the possibilities of finding evidence.

Winners of the final pitch event
In addition to innovation, the jury also evaluated other factors such as the business model or the team. Three startups were able to particularly convince the jury.
The startup Quantum Optics Jena won the first prize of 2,500 euros. The jury based its decision on the fact that deep tech has the strongest impact in the long term and sees great potential for it both here in Europe and worldwide. Founder Dr. Kevin Füchsel expressed his gratitude by saying, “Many thanks to the SpeedUpSecure team for the accelerator program. Together with the supporting Expert:in and the sponsor, a great format has been created. We hope that many more teams from universities and research institutions will learn the basics of entrepreneurship here and thus realize their visions faster.” 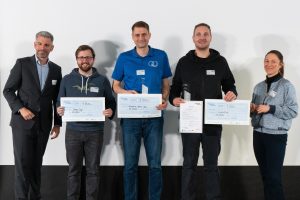 Foundation, team expansion and new funding - an eventful time lies behind the AI startup ai.dopt. In an interview with … END_OF_DOCUMENT_TOKEN_TO_BE_REPLACED

The Cube 5 team from Bochum is sending its Next Gen Startup Incubator inCUBE into the next round. Early-stage … END_OF_DOCUMENT_TOKEN_TO_BE_REPLACED

Our lives are becoming increasingly digital – and the topic of IT security is thus becoming more and more important. The … END_OF_DOCUMENT_TOKEN_TO_BE_REPLACED

Cube 5 and the Horst Görtz Institute for IT Security invite all HGI alumni, students and young founders* to the Alumni … END_OF_DOCUMENT_TOKEN_TO_BE_REPLACED

From the winter semester 2021/22 our office hours to establishment in the IT security takes place on Wednesdays. The … END_OF_DOCUMENT_TOKEN_TO_BE_REPLACED

With the reestablishment of the Faculty of Computer Science, the CCS and HGI offices, the May, Kiltz, Leander, Acosta, … END_OF_DOCUMENT_TOKEN_TO_BE_REPLACED 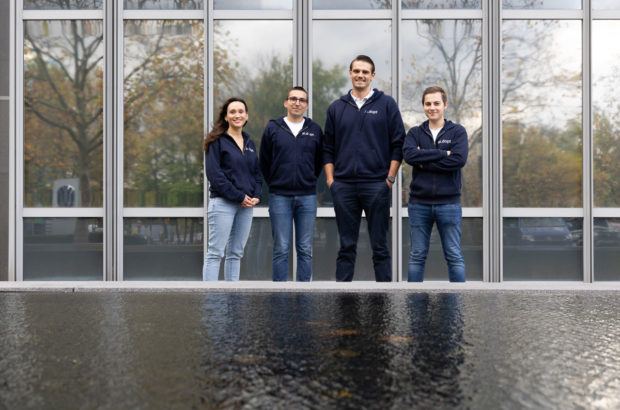 Foundation, team expansion and new funding - an eventful time lies behind the AI startup ai.dopt. In an interview with ... Weiterlesen … 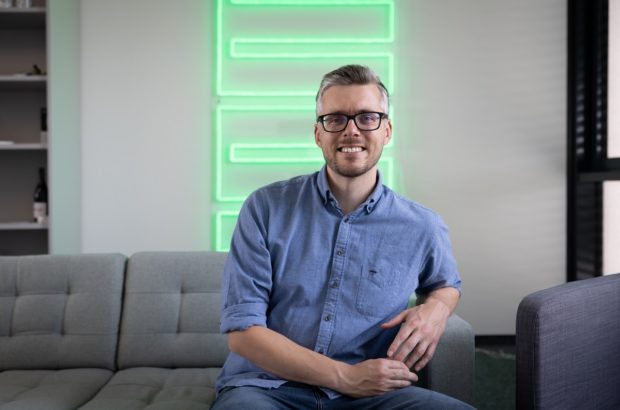 Shielded Data Processing in the Cloud

It was just the two of them on a park bench – this is how Felix Schuster and Thomas Tendyck ... Weiterlesen … 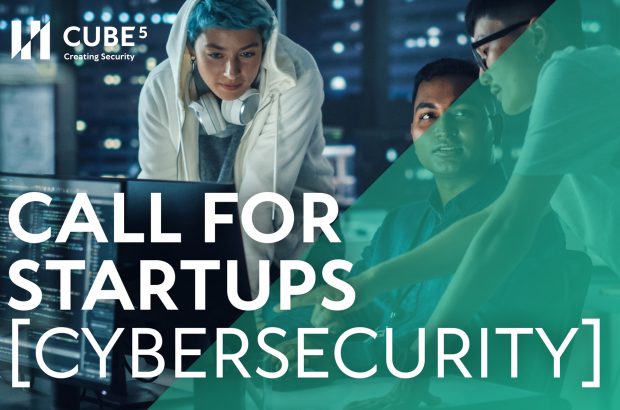 The Cube 5 team from Bochum is sending its Next Gen Startup Incubator inCUBE into the next round. Early-stage cybersecurity ... Weiterlesen …

Podcast “Nachgehackt” is on the air

Our lives are becoming increasingly digital – and the topic of IT security is thus becoming more and more important ... Weiterlesen …